Blog - Latest News
You are here: Home1 / Lifestyle2 / Here’s How Polaris Industries Inc. Crushed It In 2017 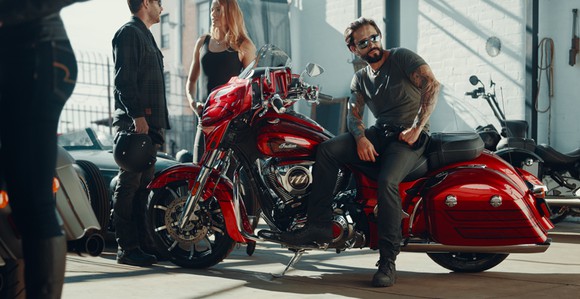 Fortunately for Polaris Industries (NYSE:PII), investors were willing to look beyond the recurring recalls that primarily plagued its off-road vehicle (ORV) segment. Instead of dwelling on the potential damage repeated recalls could do to the brand’s reputation, investors instead chose to look to the growth of its aftermarket parts business and the health of its motorcycle division, and pushed Polaris’ stock 50{6afdcdf14f1f3d0d6d046bdd6bb6844d1d6f78a435ef85ae323b1d28ccc5d3f7} higher in 2017.

Despite several years of Polaris promising to get the problem in hand, some 450,000 recalled vehicles later the company says its RZR vehicles are still likely to combust, and even ones that had been previously repaired are likely to do so again. Fortunately, the Consumer Product Safety Commission didn’t issue a don’t sell/don’t ride order, because not only were investors ignoring the recalls, but so were customers.

Regardless of the problems in its off-road segment, it was still able to grow off-road vehicle sales by 7{6afdcdf14f1f3d0d6d046bdd6bb6844d1d6f78a435ef85ae323b1d28ccc5d3f7} over the first nine months of 2017 while enjoying a near 300-basis-point increase in gross margins. It’s true the frequency of recalls diminished over the course of the year, and the financial impact to the powersports vehicle maker’s bottom line also declined, so Polaris was still able to enjoy a positive year in ORV sales.

The acquisition of TransAmerican Auto Parts had an even more robust influence on operations. Acquired in the fourth quarter of 2016, TAP gave Polaris its first exposure to the retail market, providing it with a network of 75 stores and six distribution centers that sell aftermarket parts and accessories for off-road Jeeps and trucks. It alone contributed $190 million in revenue in the third quarter, a 4{6afdcdf14f1f3d0d6d046bdd6bb6844d1d6f78a435ef85ae323b1d28ccc5d3f7} increase year over year on a pro forma basis, and has positioned the segment as the second-biggest division in terms of revenue, almost as much as motorcycles and parts, garments, and accessories combined.

While the ancillary business could be a source of significant sales and profits down the road, it does add a layer of complexity to Polaris Industries’ business — and because retail is a new avenue for the vehicle maker, it has a chance to go awry. It’s an area business investors will keep an eye on, both for its potential and for possible pitfalls that could arise.

AlthoughPolaris Industries‘ motorcycle sales declined 20{6afdcdf14f1f3d0d6d046bdd6bb6844d1d6f78a435ef85ae323b1d28ccc5d3f7} through the first three quarters of 2017, that was solely due to the decision to shut down production of the struggling Victory brand. Originally conceived as a challenge to Harley-Davidson (NYSE:HOG), Victory never really gained traction. With Polaris’ purchase of the Indian Motorcycle brand, it quickly became superfluous, especially as the  Indian nameplate took off.

Consumers have been looking for a challenger to Harley for some time and found in the historic brand a worthy competitor. It was a level that Victory could never rise to. Retail demand for Indian Motorcycles continues to grow at double-digit rates every quarter, and market share has finally broken through the 10{6afdcdf14f1f3d0d6d046bdd6bb6844d1d6f78a435ef85ae323b1d28ccc5d3f7} share threshold. While Harley-Davidson still owns half of the big bike market, Indian is steadily chipping away at its lead.

The problem for both bike manufacturers is that customers are weaning themselves off the big block engine variety both have been known for in favor of smaller bikes of the sort built by Triumph and Royal Enfield, which recently opened a beachhead here in the U.S. But Polaris has been more responsive than Harley in reaching out to this emerging demographic.

The Scout and Scout Sixty bikes have resonated with consumers, unlike Harley’s Street 500 and 750 models, which after a quick start have seemingly faded.

In short, all of Polaris Industries ‘ divisions performed admirably this year, even if there were sections that shouldn’t have. The powersports vehicle manufacturer still has problems to address in its off-road vehicle segment, but with RZR still the leading brand in the space and continued support from its customers, there doesn’t seem to be any reason why Polaris can’t crush it in 2018 as well. 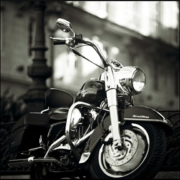 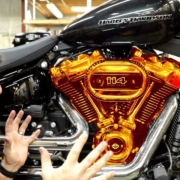 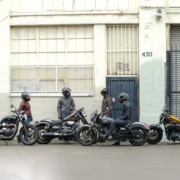 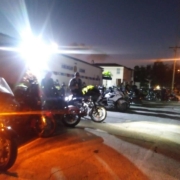 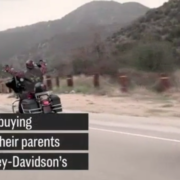 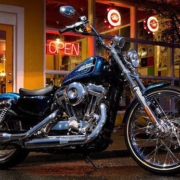 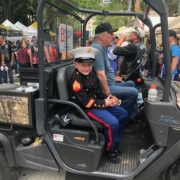 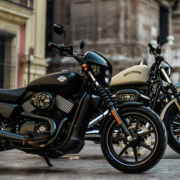