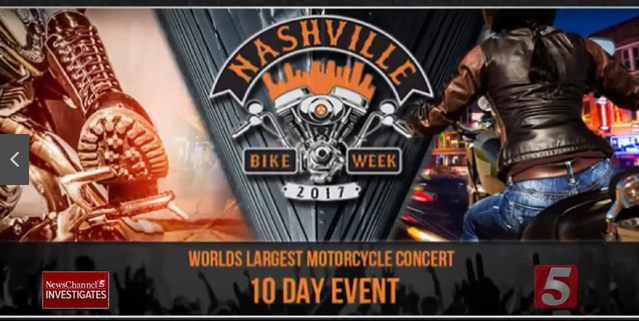 The state has ordered Nashville Bike Week to stop selling tickets to the festival immediately.

So what prompted the state’s order? Nashville Bike Week said it’s going to be the world’s largest motorcycle concert with dozens of bands, bikes, and more spread out over ten days.

Promoters have said they expect tens of thousands of people. But to hold an event this big state law said promoters must first get a mass gathering license from the Tennessee Department of Health before they even “advertise, organize or sell tickets.”


Now the Health Department’s attorney has notified Mike Axle, the man behind Bike Week, that he must “cease selling tickets to the event immediately.”

A mass gathering license is required for any special event where more than 5,000 people will be gathered for more than 18 hours. When applying for one, promoters must tell the state the maximum number of people who will be at the event and what sort of provisions will be made to handle them all.

Motorcyclists Not Included In New Handheld Laws
Scroll to top