My South American adventure started off to a great start. I  entered the country, obtained my dual sport Honda African Twin, and I rode to the Horizons Unlimited event in Tambillo. The first speaker, Yuliya was this woman from Kazakhstan who moved to Ecuador and started living the biker life style fixing peoples backs all over the country. She has her cot and travels to big cities and small villages all by herself. She is single and while we were at the event my wife wanted to introduce her to her friends.

I recorded her but then I later discovered that I forgot to turn the mic on since its battery operated. I have been falling into a bad habit of forgetting to turn on my mic. Saturday about four of us went out for a ride off road and on her 200cc bike she did very good although she was poo-pooing that she was not good enough. 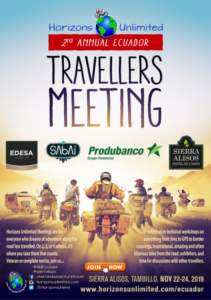 I arrived to the mountains in the Mejia Region of Ecuador in the village of Tambilla. Everyone stayed at Sierra Alisos Hotel de Campo. Some camped out and others booked a room. I thought it was too cold to camp out since temps dropped down to the mid 40’s at night. The hotel is approximately 10,043 ft altitude making it a little hard for me to breathe. My wife who works out had no problems. I had some Coca Matte Leaves that I was chewing that reduced the anxiety of gasping for air when I exerted myself.

I loved the location of the Horizons Unlimited event in Tambillo. It was in the middle of no where. All the attendees were surrounded by farm land with horses, cows, and a crap load of flies. I think the flies were the downside but not so bad unless you talk to my wife. When she describes it you would think the whole country is coming down sick from the flies.

Another speaker that came the last day of the event was Juan Puga Jr the first Ecuadorian to finish the Dakar Rally. I cut and pasted an informational on Juan below:

Ecuadorian rider Juan José Puga starts a new adventure in his career as a motorcyclist. “We have worked hard to get to the Dakar Rally,” he said before starting his participation in this international competition.

As the runner himself tells in a video posted on his Facebook page: www.facebook.com/Puga.Jr , it took him a year to fulfill this dream. “It was a whole year of resource management and necessary information, but we have achieved it thanks to Gulf, Hispana de Seguros, Baterías Ecuador, among other sponsors, our project goes ahead.”

In a press release, sent by Paco Press Services, it is described that what once was a dream, became a crazy idea and with work and many hours of preparation was transformed into an ambitious project and today is a reality, since Puga is in the event considered difficult and most demanding in the world. He adds that Peru, with its immense dunes as the main feature, will be the scene of the adventure. Ten sand stages will be played, a unique event that adds complexity and will expose the participants to a physical demand rarely seen in this test. 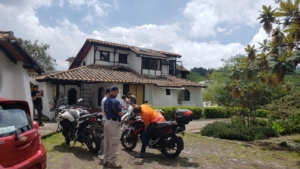 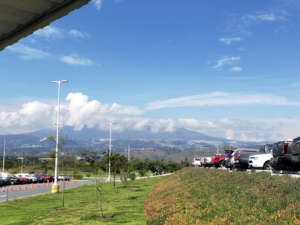 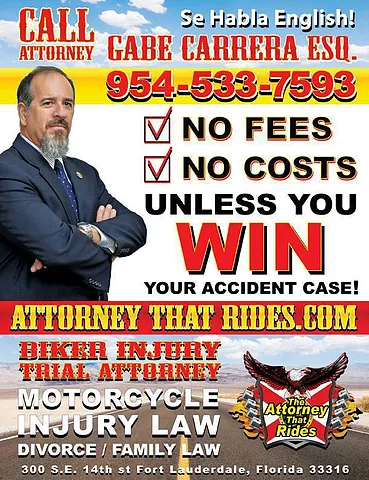 How To Pick Up A Motorcycle Accidentally Dropped