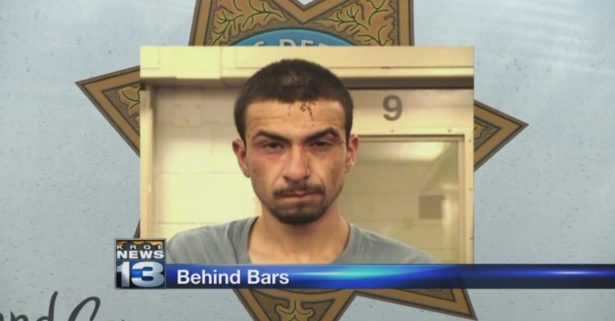 Usually people try to lie their way out of a crime, but not this Crazy Biker.

taillights on. BCSO tried to pull him over near Old Coors and Bridge, but he would not

stop. He then tried to run from the bike and gave a deputy a black eye while being arrested.

Motorcycle Dragged More Than A Mile After Collision