Amchir, of Tamarac, had a heart attack. He was 54. 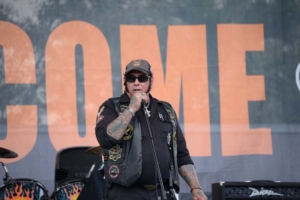 Amchir, whose nickname was “Tattoo Dave,” took over the event in 2006 after his father, the Toys in the Sun Run founder, died from leukemia.

The fundraising event is billed by organizers as the world’s largest motorcycle parade as bikers zip down interstates 95 and 595, which are closed by police. The bikers wind up at a festival of music and food where riders turn in their toy or cash.

“He certainly made a lot of difference to us and a lot of children,” he said. “We have kids where that stuffed toy is the only toy they get at Christmas.”

A decade into the charity event, in 1999, the bulk of the toys and cash were directed to the Joe DiMaggio Children’s Hospital Foundation, the nonprofit arm of its namesake hospital, for children in need. Since then, the bikers are credited with raising about $4 million in cash to benefit the hospital and the “number of toys is uncountable,” said foundation spokesman Stu Opperman. “Literally there are 1,000 kids every single year who get toys through their effort.”

And “not just at Christmas,” but at holiday parties and other events, he said.

Janser said there are so many toys donated, that the hospital often saves them to give out year-round.

He described Amchir as a man with a “muscular frame, full of tattoos. He was a wonderful man. He loved Joe DiMaggio Children’s Hospital. He made it known so all the riders, the performers, the sponsors knew why they were involved — they were doing it for the children.”

The annual toy run attracts between 60,000 to 70,000 people each year, both riders and their passengers, Opperman said. It typically starts in north Broward and ends in various locations, usually the south part of the county.

Dave Amchir’s father was Bob Amchir, a former New York City police officer who ran a business making motorcycle helmets. In 1988, he created the toy run with just 700 participants. His efforts earned him the USA Presidential Award for Lifetime Achievement in 2006, the Humanitarian Award from the town of Davie in 2004 and the Spirit of Healing Award from Joe DiMaggio Children’s Hospital. 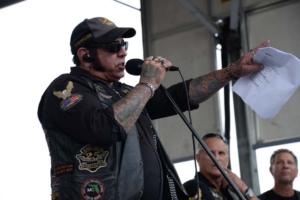 “Motorcycle riders have a bad rap of being bad guys,” Bob Amchir told the Sun Sentinel in 2000. “We strive to help everyone where we can, if it’s in our power.”

When his father died, Dave Amchir took over the event with the same enthusiasm.

Dave Amchir was also the national president of the Wings of Gold Motorcycle Club, also a role he inherited after his dad.

“We’re going to continue to do our charity,” said friend Joey Quinter, the vice president of the local chapter of the Wings of Gold Motorcycle Club, who said the Toys in the Sun Run would continue Dec. 10.

“He always stood for the right thing, never the wrong thing, that you were never taller when you’d bend down to help a child,” he said. “When they made him, they broke the mold.”

The Flying Tit
Scroll to top