There’s trouble on the roads for those who drive motorcycles. It has to do with the way crews are patching roads across Indiana.

The issue is the black curving stripes of sealant we see scattered across roads. Bikers call them tar snakes. If you drive a four-wheel

vehicle, you’ve probably never noticed it, but for those on just two wheels, they say it causes major traction issues.

“You’re part of the motorcycle and you feel everything. Every bump, every twist, every turn, every lean,” Jay Jackson, ABATE of Indiana

Executive Director, said. Jackson said when you feel a tire slide on a curve, it’s unnerving. “It would be like riding and hitting a patch of

ice on the road,” Kenneth Harris said.  Harris is an ABATE officer and also an INDOT employee.

Many motorcycle riders said tar snakes can cause slips and slides, especially in hot or wet weather. The stripes can rope up or become slick.

Not so much when you can quickly ride over them, but more than they run parallel to your path. “The question comes up with mostly the

material and maybe even the application. When they put this in, if there’s too much of it, it can make a slippery reduced traction situation,”

A 2003 study out of California supports that. Researchers said common examples of poor sealing and filling methods include excessive use of

sealant and multiple uses of treatments over the years. It goes on to say ‘these practices directly impact traffic safety, smoothness.”

“Anything that has been put down properly is good to be on,” INDOT’s Harry Maginity said.

He and other INDOT officials have been teaming up with ABATE (American Bikers Aimed Toward Education). INDOT even pulled Harris into

the conversations because he shares both the biker and INDOT perspective. The two groups are trying to address the problem and Maginity said

different application might be required and the pavement is broken up too much or the cracks are very small and won’t accept this product,” Maginity said.

Still, ABATE leaders, like Jackson, say some areas of the state remain dangerous, especially curvy stretches. One area of concern is the path between

“Until this is done and even when it is, we certainly want to caution riders to be conscious of this and be aware. Be looking out for them, 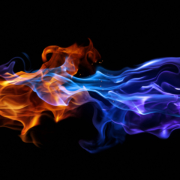 Why Can’t The Florida Legislature Protect The Biker Community in 2020?
0 replies

Man Steals Boss’s Bike And Crashes It
Scroll to top