A female stunt driver has died after a motorcycle crash on a set for the movie “Deadpool 2” in downtown Vancouver,

The driver’s name was not immediately released.

heard a loud crash. She ran out of the coffee shop and saw glass still falling on the body of the woman.

A crumpled motorcycle was seen lying on its side at the location of the accident near Vancouver’s waterfront.

Police said officers were at the scene and investigators with WorkSafeBC, the provincial workplace safety agency, were also

looking into the crash. 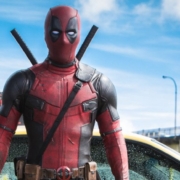 Veterans question the decision by Deadpool 2 producers to give the green light...
Scroll to top