Blog - Latest News
You are here: Home1 / Lifestyle2 / The 7 States With the Most Motorcycles Per Person 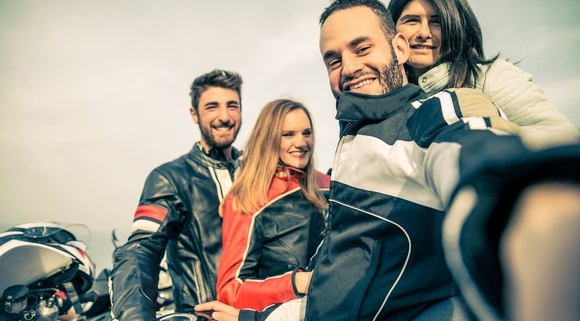 America might have a love affair with the car, but the most recent report by the Department of Transportation says there were almost 8.6 million motorcycles registered in the U.S. in 2015. With the Census Bureau saying that there were 135.7 million housing units available the following year, that means there was one motorcycle for almost every 16 homes. Put another way, America has a serious crush on two-wheelers, too.

So which states are most in love with motorcycles? We won’t look at just the number of bikes registered in each state; rather we’ll also factor in population to get a person-per-motorcycle figure. The results might surprise you. For example, California is the most populous state (39.1 million residents) and has the most motorcycles registered (828,883), but at .02 motorcycles per resident, it is far down the list.

There are only three states (Alaska, Vermont, and Wyoming) with fewer people than occupy North Dakota, but its 757,000 residents apparently find that getting around the state’s 69,000 square miles is a lot more fun on a motorcycle. According to the DOT, North Dakota has almost 39,000 motorcycles registered, making it one of only seven states with one motorcycle per fewer than every 20 people. 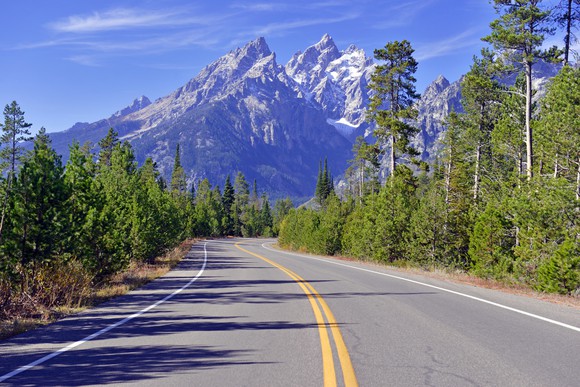 If you’re already starting to see a pattern here, you’re right: Wide-open spaces apparently correlate to a love of motorcycles, and Wyoming, with 586,700 residents, clocks in at one motorcycle per 18.9 people for the 31,000 bikes they have registered.

At fewer than 9,000 square miles, New Hampshire doesn’t have the land mass of either North Dakota or Wyoming, but it does share a love of motorcycles, as the residents of the Live Free or Die state have registered almost 74,000. Something else it shares with the previous two states: It doesn’t have a mandatory helmet law if you’re an adult (24 other states also have age restrictions on going helmet-less).

Not surprisingly, the state that is home to Harley-Davidson (NYSE:HOG) is also one of the states with the most motorcycles registered per population size. Wisconsin’s nearly 5.8 million residents have registered more than 324,600 motorcycles. How many of those are Harley-Davidsons, we don’t know.

Harley-Davidson rival Polaris Industries (NYSE:PII) may be headquartered in Medina, Minnesota, but it makes its historic and storied Indian Motorcycle brand at its factory in Spirit Lake, Iowa — and until the nameplate was discontinued earlier this year, Polaris made its Victory motorcycles here, too. Iowa’s 3.1 million residents have 189,500 motorcycles registered in their names. It’s also one of only two states that have no motorcycle helmet laws whatsoever (the other is Illinois).

It’s also fitting that for the state that just finished hosting the 77th annual Sturgis Motorcycle Rally, South Dakota should rank so high on the list. An estimated half-million bikers rolled into the Black Hills earlier this month, swelling the town’s population of 7,000 many times over. South Dakota itself is fairly sparsely populated, with only 858,000 residents, so their 95,278 motorcycles gives them one bike per 8.9 people.

Big Sky Country is only surpassed in land mass by Alaska, Texas, and California, but with 197,000 motorcycles registered to its 1 million inhabitants, Montana is first in states with the most motorcycles registered to residents, or one bike per 5.2 people. On average in the U.S., there is one motorcycle per 35.7 people, which means Montana beats the national average by more than seven times, making it sound like they’re cramming an awful lot of motorcycles into its 147,000 square miles.

Why I Bought a Triumph Street Triple R : Annette Carrion
Scroll to top