KTM could be the company that makes electric bikes a serious consideration. While electric bikes once had all the allure of a disability scooter with two wheels missing, we’re already living in a time when they have become exciting and rewarding to ride. What they aren’t – yet – is particularly practical.

But KTM look set to be one of the pioneers searching for the perfect storm of packaging, price and practicality. Having already dipped a toe or three into production electric bikes with their E-Ride family (Free ride E-SX, E-SM, E-XC), it’s no great shock that the firm are now looking at taking that knowledge into road range. These spy shots prove KTM are is already well advanced with their thinking, too.

Take me Ohm
The fact that the prototype is almost completely based on the 390 Duke tells us a great deal. This isn’t a bike aimed at tourers or sports bikes, where the double-whammy of range and outright performance both conspire to kill the allure of most projects before you’ve even put the plug in the wall. Instead, this is packaged as a cheeky urban naked, clearly aimed at commuters and city-dwellers – riders who are frequently on and off their bike, but rarely going so far that it won’t get them home again on a single charge. And in this context the Austrians could well have smacked the nail firmly on the head. 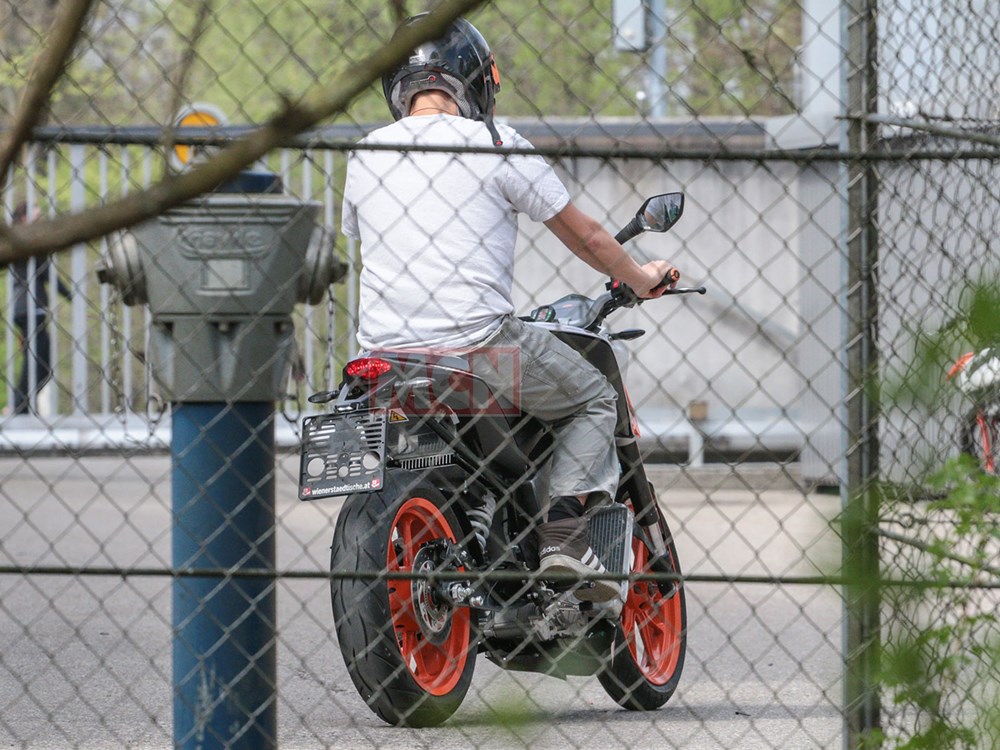 While Tron-like futuristic UFOs may appeal to comic nerds, there’s a far bigger pool of riders open to the idea of electric power who still want their bike to look, feel and ride like a motorcycle. The Duke-E would fit the bill, trading off the firm’s reputation as one of the most competent creators of naked hooligan bikes against the urban practicalities of electric power.

Break from the norm
Both Energica and Zero have proved that electric roadsters can deliver the thrills that pulled us all on to two wheels, while BMW’s C Evolution has shown you can replicate the maxi-scooter experience using electrons – but none have had a sensible price. They all blur the line of convention when it comes to the riding experience, too. While the C Evo is ordinary in scooter terms, the Energica Eva is twist-and-go, as is the Zero – but this KTM test mule has a clutch lever and a gear lever, and the full complement of braking controls, suggesting that KTM may be picking up where the now defunct Brammo left off, offering a conventional geared riding experience.

Whether or not you subscribe to the environmental arguments for electric vehicles is down to what you choose to believe, and how much you’re swayed by pictures of baby pandas. There are clearly benefits to zero emission vehicles for city air quality, but just as clear is the fact that the electricity needed to charge the batteries is not self-generating or without environmental impact, and nor is the process of producing batteries. 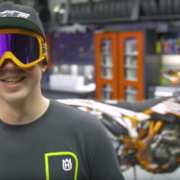 SUPERMOFOOLS CONVERT AN EXC500 TO A KTM SUPERMOTO!
0 replies