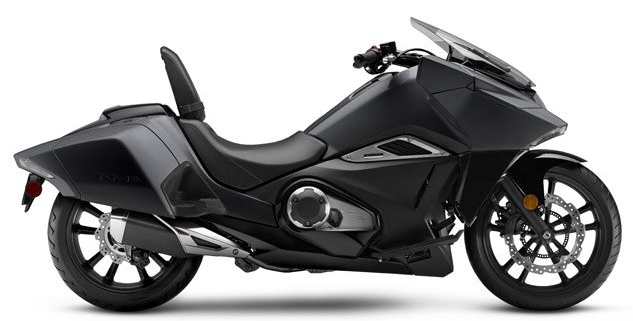 First introduced as a concept at the 2014 Osaka Motorcycle Show, the NM4 (also called the Vultus in other markets) sported a bold futuristic design so outlandish, we didn’t really believe it when Honda announced it was coming to market back in 2015 (it didn’t help that Honda announced it on April 1 that year). Even Honda admits the NM4 appeals to a very narrow (but dedicated) following.


“From time to time over the years, Honda has pushed the envelope with unconventionally styled models like the Pacific Coast, Rune, Big Ruckus and DN-01,” says Lee Edmunds, American Honda’s Manager of Motorcycle Marketing Communications. “The Honda NM4 is very much in this tradition, and while it’s not for everyone, that’s really the point; the model has proven to be a hit with a dedicated segment of consumers from a surprisingly varied array of demographics, including tech-savvy millennials but also veteran tourers and women. Those that buy NM4s tend to put a lot of miles on them, so we’re pleased to welcome it as our first street bike for 2018.”

The NM4 wasn’t offered as a 2017 model but it comes back for 2018 without any changes, apparently taking the year off to co-star with Scarlet Johansson in Ghost in the Shell (an obvious fit, given its anime-style look). It remains powered by the forward-canted 670cc parallel Twin with DCT found on the NC700X, which gives it a low center of gravity and seat height. The 2018 Honda NM4 arrives in showrooms in June in Matte Black Metallic with a $11,299 price tag.

Motorcyclist Struck By A Mattress
Scroll to top