gear. Poe Dameron’s Resistance Starfighter Corps  star wars helmet is very much one of those.

Similar in style to the Luke Skywalker helmet that HJC released in the middle of 2017, the Poe

replica is based on HJC’s affordable and popular IS-5 helmet. It features an advanced

wicking interior fabric. The DOT-approved Star Wars lid is adorned in a replica design of Poe’s

distressed and battle-worn starfighter helmet, complete with his battle tags and Resistance

“This retro-style helmet is unmistakably a Star Wars helmet,” said HJC in the press release for 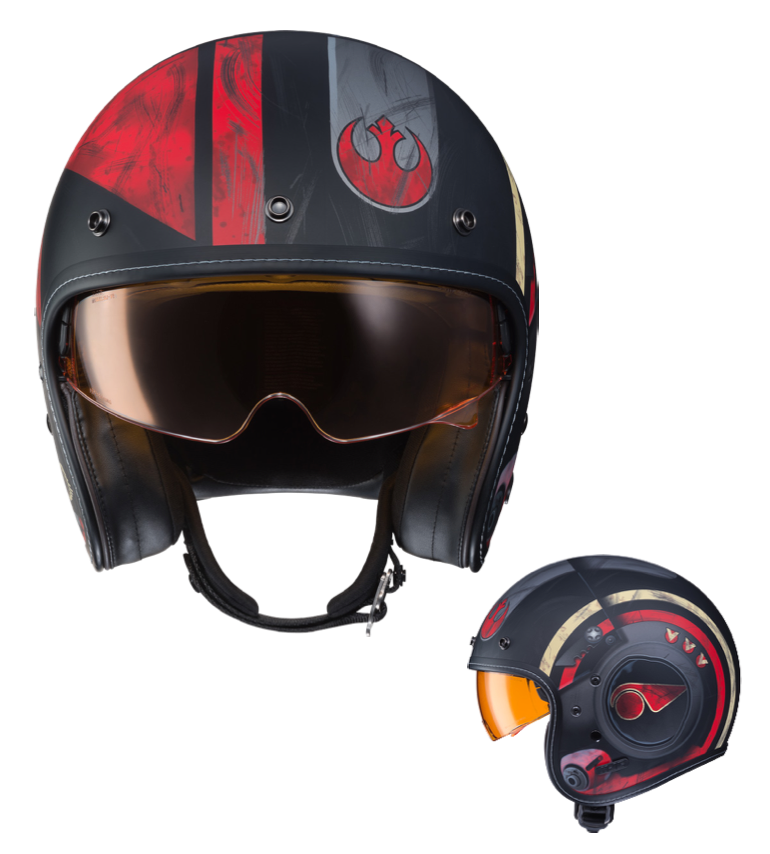 So who is Poe Dameron? For those not familiar with the new Star Wars canon, Poe is one of the trio

into the future. A highly-decorated commander in the new Resistance starfighter corps, Dameron is a

little bit Maverick and a little bit James Bond. In addition to his responsibilities as a fighter pilot, he is

also one of General Organa’s best secret agents, and is often sent on clandestine missions with his