Meet the biggest and baddest Harleys yet –

It seems Harley-Davidson have had a radical change in image. Say goodbye to the tens of square feet of

that are meant to be the pinnacle of what they can achieve. For 2018, they’ve produced three new CVOs

that will set hearts, and back tyres, alight: there’s the wile-eyed tourers CVO Street Glide, the bagger-lovers 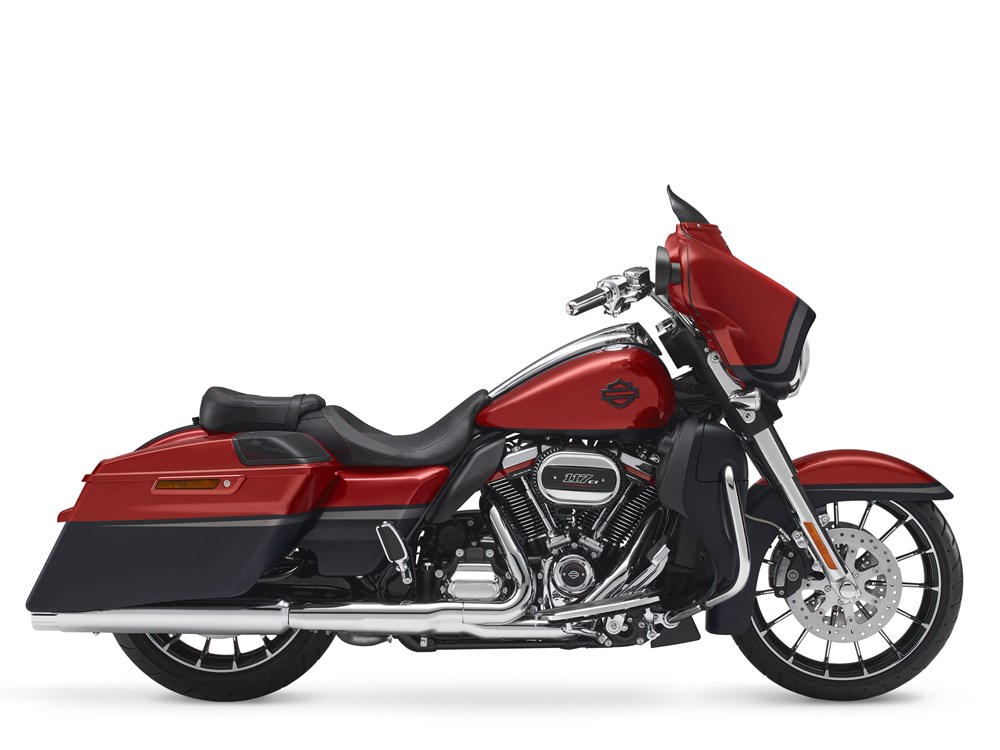 At the heart of each of these bikes is the new 117 engine, which is Harley’s biggest and most powerful engine

to date. The new 117 now shovels 1923cc of fuel and air into its gaping maw every time it revolves and in return

it gives back a whopping 122ftlbs of torque. If that isn’t going to put ripples in the tarmac, we don’t know what

will. The 117 is dual-cooled on all models too, meaning it utilises both water and oil cooled to regulate the

temperatures inside the shuddering metal behemoth. It also means the bikes should spare the riders thighs

from a total roasting, which for riders of older Hogs will be a welcome change.

There have also been big changes in the styling department. The new bikes have much darker and more

aggressive paint schemes with the most brooding colourways also matched with a blacked out engine. There are

smaller changes to individual models such a colour-coded inner fairings, new wheels (including a 21” one for the 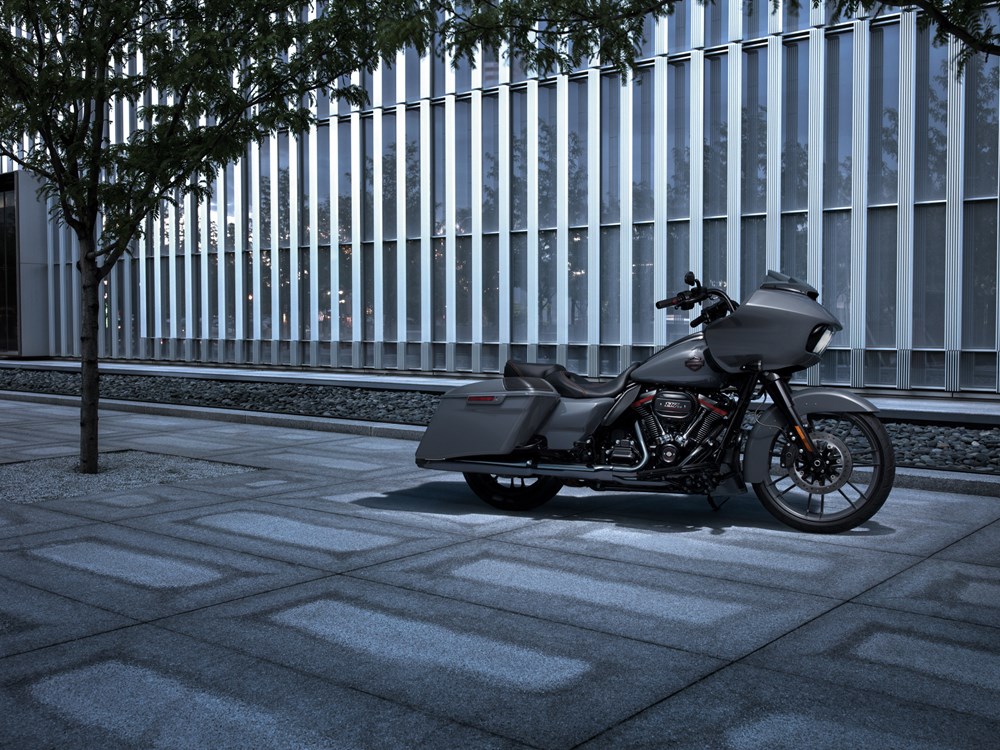 To overcome the noise of the new engine obviously means a new stereo, including a whopping 900w of speaker

power on the CVO Street Glide. There are also some changes under the hood too, which now allows riders to pair

Bluetooth headsets with the stereo, replacing the old corded system.