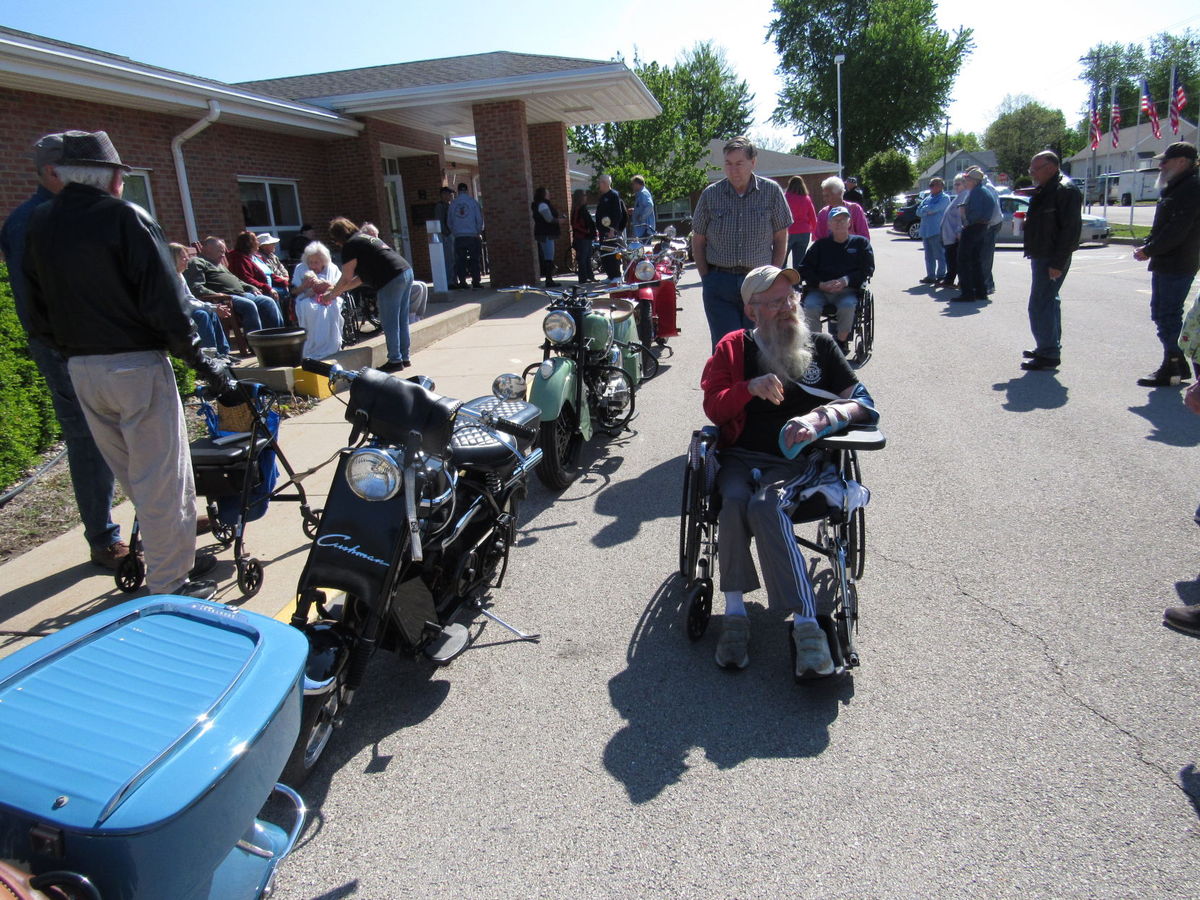 
Over breakfast in March, a group of Illinois antique motorcycle riders (Blackhawk Antique Motor Cycle Club) thought of a great place to show their bikes to an appreciative audience.

The father of Jack Gross of Princeton and Jack’s brother, Steve, is a resident of the Illinois Veterans Home at La Salle.

When they brought up the idea, Robert Beenenga of Tonica and other members of the Davenport, Iowa-based Blackhawk Antique Motor Cycle Club were eager to ride to the veterans home to show their classic motorcycles to some of their heroes. The club does the shows for fun.

“We do these bike shows and we don’t judge them for trophies,” said Beenenga, who organizes a different type of car show, the large Tonica show, which is Aug. 26 this year.

The motorcycles of the Blackhawk Antique Motor Cycle Club brought back a lot of memories, such as a 741 Military Indian made for World War II, which held the attention resident Burton Hess, a Korean War-era Air Force veteran and Utica native.


Fabian Koronkowski, 91, a World War II veteran ski trooper trained in mountain and winter warfare, was still agile enough to climb aboard a new Harley-Davidson. He was all smiles as he sat on the large bike and posed for a photo with its owner, Brenda Teel-Lash of Montpelier, Iowa.

Some veterans home residents strolled past the line of classic motorcycles, and others were wheeled around by home staff members including Jerry Bacidore and Jody Wright.

Triumph Thruxton Recalls Base and R Models Due to Stalling Problems