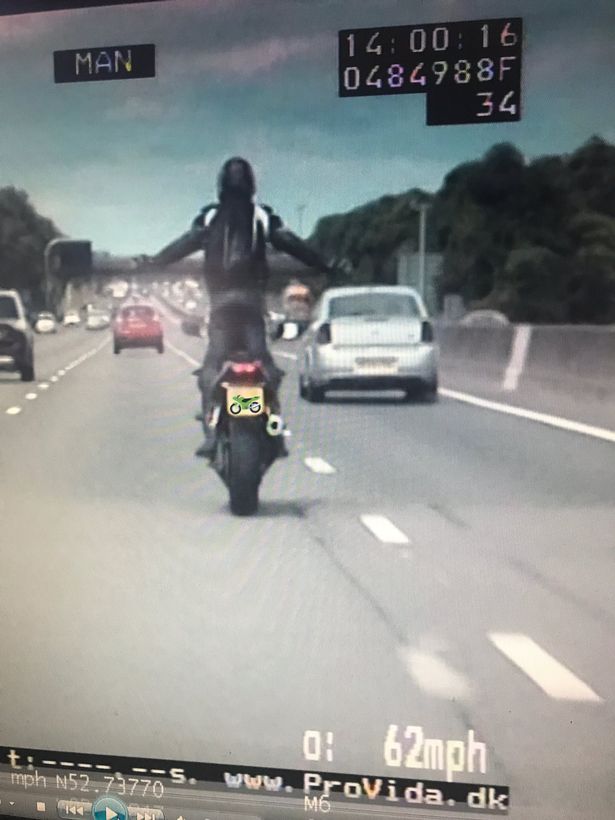 A biker is due to appear in court accused of pulling wheelies, riding with no hands and taking selfies of himself as he rode along the M6 motorway.

The 27-year-old, from Harlow, Essex, is accused of dangerous driving after he was stopped by traffic cops in Staffordshire on Saturday afternoon.

An officer from the Central Motorway Police Group (CMPG) was on routine patrol when he pulled over a rider on the northbound carriageway on the M6 at around 2pm.

The rider was pulled over near Stafford, at Yarnfield, between junctions 14 and 15 after allegedly been seen riding his Yamaha R6 in a dangerous manner. He is also accused of travelling above the speed limit.

The man has been reported for summons for several road traffic offences and will appear at court at a later date.

Motorcyclist Was Killed In An Accident In Carlsbad

Have you heard about Brad’s Wife?