Blog - Latest News
You are here: Home1 / News2 / Police Have Identified Motorcyclist Who Died In 3-Vehicle Crash On Route... 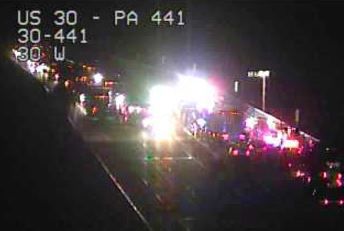 Police have identified the motorcyclist who died in 3-vehicle crash on route 30 bridge near Columbia.

One motorcyclist died and a second was injured in a crash on the Route 30 bridge between Columbia and Wrightsville late Wednesday.

Evan R. Grimes, 29, of York, was pronounced dead at the scene, according to West Hempfield Township police.

Grimes’ motorcycle struck the back of a Jeep driven by Owen L. Young, 24, of East Berlin, while going westbound on the bridge,

West Hempfield Township police said based on the preliminary investigation.

Both vehicles went out of control. The Jeep ended up on its right side and the motorcycle’s front wheel and handle bars separated from it, police said.

A second motorcyclist, Alicia N. Hughes, 31, of York, may have hit the first motorcycle and went down on its side, police said.

She was injured and taken to Lancaster General Hospital.

The cause and manner of Grimes’ death is pending autopsy results from the Lancaster County Coroner’s office, police said.

Emergency personnel were dispatched to the area shortly after 10:30 p.m.

The bridge was closed in both directions for several hours because of an extensive debris field, according to dispatch reports.

How To Properly and Effectively Clean Your Exhaust Pipes