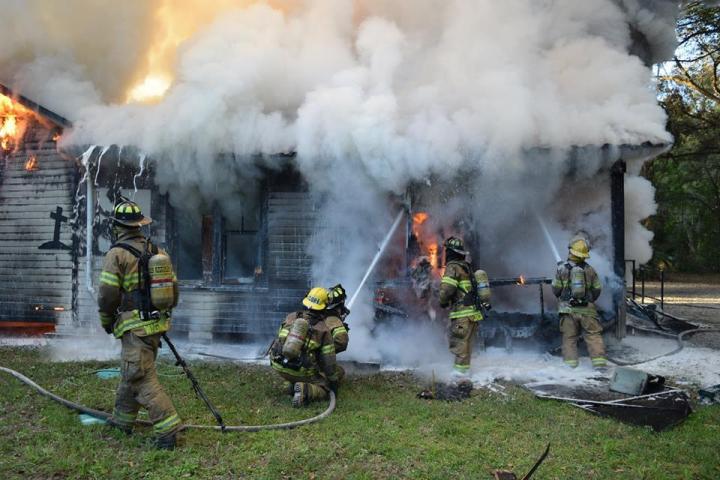 MARION COUNTY, Fla. (WOFL FOX 35) – The flames reached the top of a 50 foot oak tree when the clubhouse of the U.S. Military Vets Motorcycle Club went up in smoke. The 911 calls started rolling in around 6:30 a.m.

Marion County firefighters arrived 10 minutes later, but the 100 year old house was already engulfed. The state fire marshal is investigating. So far though, there is nothing to indicate the fire is suspicious.

Now, the USMVMC is left trying to cope with the loss of a decade and a half of keepsakes that went up in smoke.

Tattoo Dave of Wings of Gold MC, dies at 54