Classic Motorcycle Pin Up is the best and one of our favorite contemporary artists is David Uhl. A motorcycle rider himself, he is among a small handful of artists actually licensed by the Harley-Davidson Motor Company.

And where does he find all these beautiful women and stunning classic Harley motorcycles that he uses in his work?

Not all of David’s art pieces feature beautiful women, some shine the spotlight on beautiful machines, like this 1936 Harley EL Knucklehead.

This machine is considered the first “modern” Harley that most current models are based on. The 1936 EL was Harley’s first production OHV (Overhead Valve) engine.

And some of  David’s beautiful women are painted without a motorcycle in sight.

David Uhl was born in Toledo, Ohio on September 20, 1961. Early on David began creating amazing drawings and, in high school he decided to pursue a career in art, Classic Motorcycle Pin Up came with time.

He applied for, and won, the only full-ride scholarship to the Colorado Institute of Art offered to a high school senior in the U.S.

He was dissatisfied with the design programs the school offered, yet he excelled at the life drawing and illustration classes.

Leaving school after one year, he focused his talents on commercial illustration, eventually forming David Uhl Illustration, an award-winning firm servicing many prominent clients such as FedEx, IBM, Coca-Cola and Time magazine. 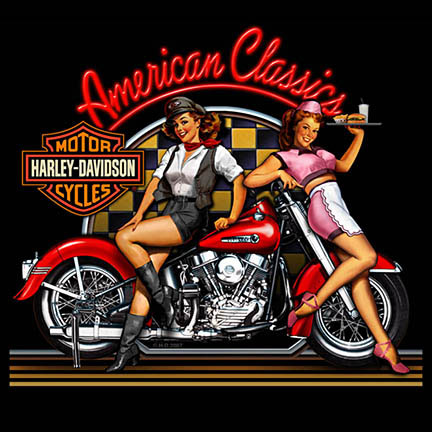 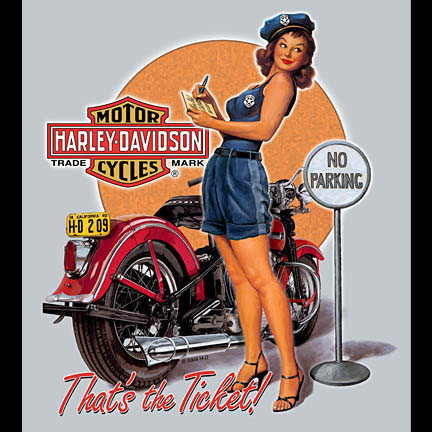 David bought a motorcycle in 1988 and riding to Sturgis South Dakota, David saw first hand the culture of cycling enthusiasts.

He entered the world of Harley-Davidson apparel (t-shirt designs) with great success. Yet, after a time, David felt there was something missing, artistically.

Kickstands Up Episode 3: Camping with Belles on Bikes
Scroll to top