Blog - Latest News
You are here: Home1 / News2 / The Old Empire Strikes Back

Norfolk’s Old Empire Motorcycles are no strangers to classy and refined builds and, when commissioned

by Triumph last year to go to town on a T120 Bonneville, they produced the goods, and then some.

Now, off the back of the original build, they decided to do another, only this time with a less radical and

more useable focus to the finished bike. This new machine also utilises a number of bespoke parts that have

also been made available from the OEM web shop, meaning that others can take inspiration from this machine

when building their own now. 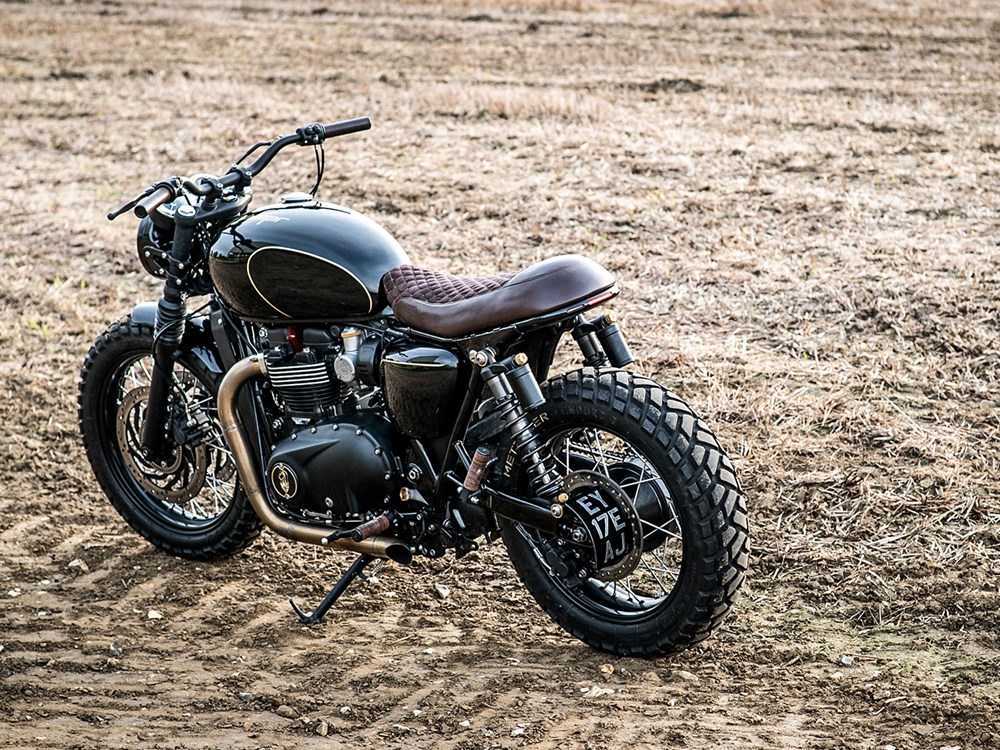 The addition of a headlight on the new machine is the most noticeable difference between the two bikes, with the

previous T120 not featuring one at all. Things are kept simple with a unit that integrates built-in indicators, which

The same can be said of the tail too, with modifications made to the rear subframe to allow the use of a Z-Flex LED

The stock clocks are also retained, helping to keep costs down slightly – also making things slightly easier in the

building process as they’re renown for being notoriously difficult to replace on new Triumphs. The original tank is

also retained, and has just been de-badged, keeping things simple.

The ride-by-wire throttle has been replaced with a conventional cable set-up, with a Motogadget unit helping to take

care the electrical logistics in doing so. A mean new exhaust system was also fitted, ditching the catalytic converter