its venerable Gold Wing super-cruiser. At first glance, the technologically

The new machine, unveiled at an invitation-only event at Santa Barbara’s

Museum of Exploration and Innovation on Tuesday evening, is still powered

by a six-cylinder engine. But new materials and technology have cut the engine

weight dramatically and overall weight by more than 80 pounds.

Tour models here in Santa Barbara, a scenic town that itself strikes a balance

President of American Honda’s Motorcycle Division. “The impact of the GL line

it, and we believe that in this latest version, Honda has produced a motorcycle

that will be embraced by not only the existing Gold Wing community,but a fresh

generation of riders seeking strong handling performance along with long-

with groundbreaking features that enhance the riding experience and encourage

riders to get out on the road, creating more exciting stories than ever before.” 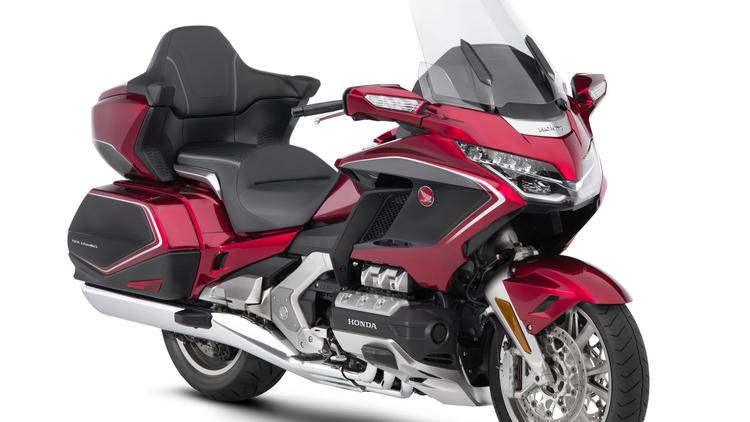 to the Gold Wing’s rich character, and while the general layout lives on, much

has been done to make the power plant more compact, more fuel efficient, and

lighter. The engine is now 13.7 lbs. lighter when equipped with Honda’s six-speed

manual transmission, and 29mm shorter in the front section, and is placed

forward in the chassis for more ideal weight distribution, a key contributor to

CRF450R motocrosser. Combustion efficiency is improved via the use of four valves

per cylinder, while friction is reduced through the application of a new molybdenum

coating on the piston skirts. Thanks to a lighter overall package and enhanced vehicle

aerodynamics, which led to improved fuel efficiency, engineers were able to reduce

the fuel tank capacity by 1.1 gallons while retaining the same great range as before.

Additional changes include a new intake system for added responsiveness and torque,

through a deeper exhaust note.

boost in aerodynamic efficiency. Narrower at the front and with added emphasis on

such mechanical parts as the exhaust and lower engine, the bike offers the same

comfortable ergonomics as before, but with reimagined airflow for rider and passenger,

both of whom sit 36mm further forward. Thanks to new air-guiding ducts and an

electric windscreen that provides the rider with even greater control over airflow,

it is now more possible to feel at one with theelements,or to enjoy a windless-type

LED technology is used throughout, with the multiple-lens front lights forming the

new “wing lines” of this latest advanced performance touring model, and the LED

turn signals having a convenient auto-canceling feature. A user-friendly luggage

holds 30 liters, while the top case has a50 litercapacity, and high-quality lid

dampers are used throughout. 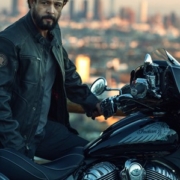 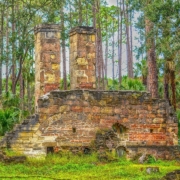 Was The 2016 Indian Chief Dark Horse A Harley Clone?
Scroll to top