Big hearted, down-to-earth cooks with a love of good food, they have been cooking

together for more than twenty years. They have created haute cuisine dishes with

Michelin-starred chefs and travelled the world in the pursuit of great food. They’ve

recipes and create their own fresh takes on cooking classics. The stars of several

hit television shows, they are the UK’s most popular cookery writing duo.

Their first diet book THE HAIRY DIETERS: HOW TO LOVE FOOD AND LOSE

2012 and remained in that position for six weeks. It still comfortably tops the list of

the best-selling cookbooks of 2013, outselling its nearest rival by almost two-and-a-half

copies to one. Their second diet book EAT FOR LIFE did equally well whilst their third

have taken him to some unusual places. He worked as a furnace-man in a steelworks whilst

a student, to finance a degree and postgraduate studies in Fine Arts at Goldsmiths, where

he studied egg tempera and the work of the Old Masters. On graduating, Dave joined the

BBC as a make-up artist, specialising in prosthetics. He went on to work on numerous

feature films and high-profile television series, notably LIVES AND LOVES OF A SHE

DEVIL, PRIME SUSPECT and the hit BBC1 series SPOOKS. His career has taken him from

Hollywood to the African deserts. He’s also travelled extensively away from work, picking up

recipes and cultures almost as fast as he’s made friends all over the world, not the least of whom

is Simon King, Dave’s boon travelling companion and the other half of the Hairy Biking duo.

Hailing from Newcastle in North East England, Si is a big, blonde-bearded biker with an

infectious laugh, and a charm and sense of humour that’s a skeleton key when it comes

to getting into people’s hearts and homes. This easy congeniality and warmth served him

television (including the HARRY POTTER series of films), but his passions lie elsewhere. A

love of food was encouraged early by Si’s family and particularly his father, who would bring

back exotic ingredients from his voyages with the Royal Navy, and Si’s enthusiasm is

matched by his own children’s willingness to try new kinds of food.

Si and Dave are life-long foodies and passionate cooks; they met through work on the set of

and cultural experiences in all corners of the world. 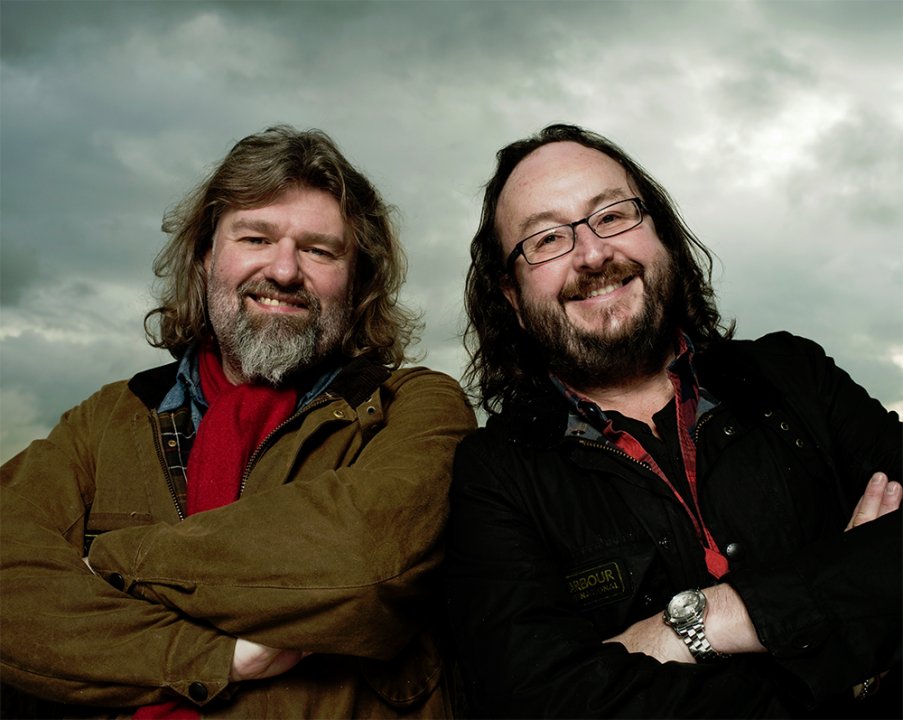 For BBC2 they have made: two series of THE HAIRY BIKERS’ COOKBOOK; THE HAIRY

BIKERS RIDE AGAIN; THE HAIRY BIKERS COME HOME and the four-part series THE

HAIRY BAKERS which won audiences of over four million viewers. This was rounded off

with THE HAIRY BAKERS’ CHRISTMAS SPECIAL drawing audiences of around 5 million.

Meanwhile Dave shocked himself by winning CELEBRITY MASTERMIND, and he and Si

came a creditable second on The Weakest Link. The last few years have been busy for both,

BEST OF BRITISH which screened on BBC Daytime attracting upwards of 1.7m viewers

per episode and an average of 5,000 hits to the website each day. BEST OF BRITISH

also achieved an Appreciation Index (AI) of 92, an all-time record for a daytime BBC2

show. The series was repeated in ten special hour long reversions from January 2012

and a second series screened in early 2013. Meanwhile THE HAIRY BIKERS’

and Good Food. Their BBC2 series THE HAIRY DIETERS: HOW TO LOVE FOOD AND

LOSE WEIGHT was a critical and ratings success; the boys shed more than six stone

between them and the tie-in paperback book remained at the very top of the charts.

EVERYDAY GOURMETS screened in early 2013 on BBC2; THE HAIRY BIKERS’

HAIRY BIKERS BACK ON THE ROAD. The boys then filmed THE HAIRY BIKERS’

ASIAN ADVENTURE (BBC2). And of course Dave excelled himself in late 2013 when

he was an enthusiastic and popular contestant on BBC1’s STRICTLY COME DANCING.

Following a break as Si recovered from a brain aneurism, the Hairies got back on their

bikes this year with some brand new and very varied TV series: COOKING THE

NATION’S FAVOURITE FOOD screened in the spring followed by NORTHERN

EXPOSURE. They have two more series in early 2016: THE PUBS THAT BUILT

BRITAIN and OLD SCHOOL, both for BBC2.

across the UK. Directed by Bob Mortimer, it was a light-hearted mix of cooking and

chat with some song and dance thrown in. It explored their youth, how they met and

their shared love of food and travel. They completed another ambitious nationwide

Tesco stores, followed by Booths, using some of their favourite recipes – with a twist.

flavour, based on recipes from their book followed by a range of low-fat Indian sauces.

Boots stores across the UK with a new range hitting the shelves this Christmas.

Harley-Davidson Can’t Benefit From The Demise of Victory