Blog - Latest News
You are here: Home1 / News2 / Biker Drives Over Victim After Fight At Twin Peaks In Davie, FL 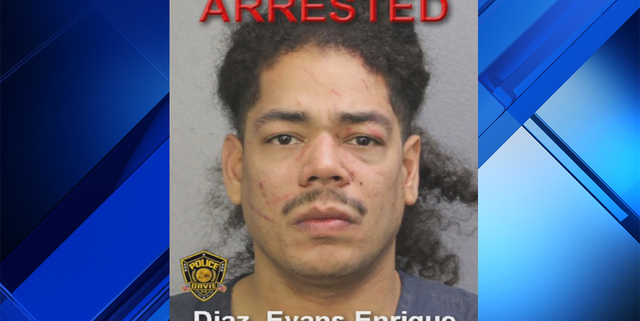 A Biker Drives Over Victim with his motorcycle over the weekend after they were involved in a fight outside the Twin Peaks restaurant in Davie, authorities said.

Police said an argument between patrons spilled outside of the restaurant and the group began to physically fight each other in the parking lot.

Cellphone video shows a man striking one of the victims with his 2010 Harley-Davidson after the fight was broken up.

The man was identified by police as Evans Enrique Diaz.

According to an arrest report, Diaz, 32, punched one of the victims multiple times in the face before getting on his motorcycle and riding toward the victims.

Police said Diaz struck one of the men in the legs with his motorcycle, dragging him through the parking lot.

Another man was able to run out of the way.

The victim told authorities that Diaz fell off his motorcycle. He and his friends then tried to subdue Diaz to prevent him from leaving the scene.