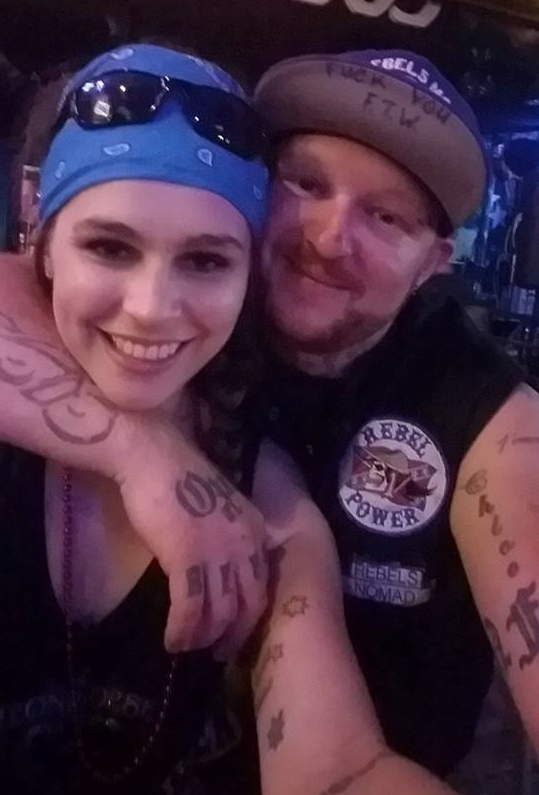 During a post-nuptial dispute, a Tennessee biker bride newlywed removed a 9mm pistol from beneath her wedding dress and pulled the trigger while

pointing the weapon at her new husband.

Officers were summoned last week to a Murfreesboro motel where Kate Elizabeth Prichard, 25, and her spouse James Jarid Burton, 30,

were squabbling only hours after exchanging vows.

When cops arrived at the Clarion Inn, Prichard (who was in her wedding dress) and Burton denied that anything was amiss. But interviews

with witnessed contradicted the couple’s tale of marital bliss.

As described in a Murfreesboro Police Department report, Prichard and her spouse were engaged in an alcohol-fueled argument outside the

motel. During the quarrel, cops allege, Prichard pulled out a handgun from her wedding dress and pointed the weapon at Burton’s head.

Prichard pulled the trigger, but the gun did not discharge since it was unloaded.

Prichard then allegedly placed a round into the gun and fired a shot in the air, prompting those nearby to scatter.

9mm after the shooting).

Charged with aggravated domestic assault, Prichard was booked into the Rutherford County jail on the felony count. She was subsequently

released from custody after posting $15,000 bond.

Prichard and Burton (who is known as “J-Rod”) are pictured above in happier times.

In advance of her marriage, Prichard last month got a pubic tattoo declaring “Property of J-Rod.” In a June 27 Facebook post, Prichard

assured a friend that the tattoo did not hurt, adding, “Happiest I have been, finally get to be real.” In a photo caption accompanying a shot of

Burton was arrested in 2015 for allegedly shooting a member of a rival motorcycle club in the foot during an argument inside a Clarksville clubhouse.